The Salon Professional Academy
(TSPA) in Rapid City
Back to Blog

“I’m not blushing. It’s Rosacea.” This is a common phrase heard from those who suffer from the chronic and widespread facial disorder, rosacea. According to The National Rosacea Society (NRS) more than 16 million Americans are affected by Rosacea. The NRS has designated April as “Rosacea Awareness Month”. We are here today to do our part in educating our followers about this skin condition. So, how much do you really know about rosacea?

Studies done on patients, demonstrate that there are a variety of potential contributors to the rosacea pathway. And sadly, there are no conclusive findings; however, there are some common theories that we will bring to light.

First, it may be more common in certain hereditary backgrounds, such as Irish, English, Scottish, Welsh, Russian, Polish, Czech, Native American and Asian, or it may be due to genetic predisposition. While it isn’t always as simple as being a hereditary condition, it is a common factor in several patients.

Vascular dysfunction is another cause. Studies have shown that people with rosacea may experience increased blood flow to the vessels of the face. If there is an increase in the number of blood vessels and the blood vessels are closer to the surface of the face, this makes the redness and visible superficial capillaries more common. Certain pro-inflammatory mediators found naturally within the skin may be more prominent or active in rosacea sufferers.

The next potential cause is vascular endothelial growth factor (VEGF). VEGF stimulates the growth and development of new blood vessels, which is proven to play a role in the pathogenesis of rosacea. VEGF also encourages microcapillary hyperpermeability (leakiness). Studies also suggest that plasma leaking to surrounding tissues may induce an inflammatory response, causing redness and irritation.

Certain environmental and dietary elements act as triggers for rosacea. It’s a popular idea that these triggers are the root cause, but they are merely triggers to a condition that already exists.  Avoiding these triggers will not cure rosacea, but certainly can help keep it less irritated, red and inflamed.

Myth: Rosacea is a form of adult acne.

Fact: The bumps and pimples of rosacea can sometimes look like acne, but the conditions are not related

Fact: Rosacea is unrelated to hygiene and is in fact a vascular and inflammatory skin condition.

Myth: Only your facial skin is at risk.

Fact: Rosacea can also affect the eyes, causing severe redness, itching, and in some cases cysts.

Myth: A big red nose is a common characteristic of rosacea.

Fact: That big, red nose has a medical name: Rhinophyma. It can be a symptom of rosacea, but it’s not a common one.

If you, or someone you know is suffering from rosacea we recommend seeking out help.  You can book an appointment with our Estheticians in training (supervised by licensed professionals) here at The Salon Professional Academy. We carry several Circadia skincare products that will be sure to help calm irritation, redness, and inflammation! Call today to book a consultation or appointment. 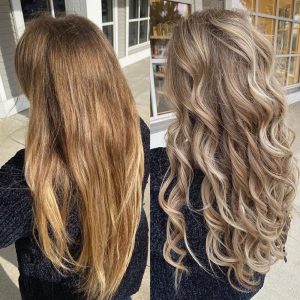 Visit our Instagram account to see what motivates us & drives creativity with examples of work by our talented students! Visit now

Facebook is where you will experience our culture and how we celebrate the growth and success of our amazing students and talented alumni. Visit now 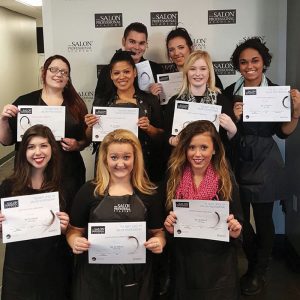